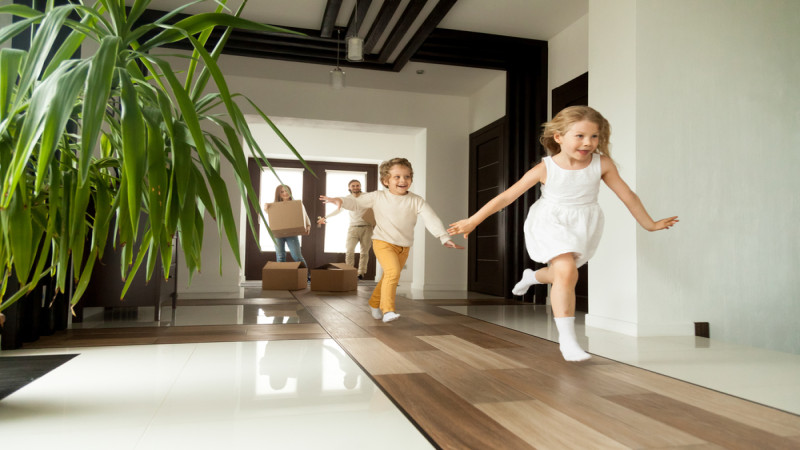 So, you have decided to build a new home but don’t know what it will cost? Well, no worries! We are here to help you. Having a new home is always an exciting thing. And when you have a clear idea about the costs, it will be easier for you to transform your house into a comfy zone forever.

Owning a home has many seen and unseen costs that many people do not know about. Here we have discussed a few hidden costs that you must need to know before making your decision.

What Are The Hidden Costs of Owning a Home?

You will need to pay taxes every year as a homeowner, which is a must, and you cannot deny this. The bank does not determine the property taxes you have to pay; instead, the township would fix the tax payment for you. They would value it according to your residence, which could be 500 or 1000 dollars a year.

Remember, the home tax varies depending on the area you are living in, plus your asset as well.

Another hidden cost of owning a home is the ventilation, heating, and air conditioning system of the house, which is shortly HVAC system. Probably, you may need to purchase new units at some point of entering the home because the existing ones could wear out over time. And when you replace old furniture with a new one, you can use it effectively for years to come.

However, ensure you inspect the HVAC system of your house once a year at least. There are many companies that offer contract plans for this maintenance system; you can take help from them.

You are more likely to pay a monthly or quarterly fee when you buy your home from the condominium or homeowner’s association (HOA). Usually, this charge covers up the services that benefit your entire neighborhood, for instance, the snow plowing or garbage collection.

Keep in mind that the HOA fee could rise over time, or the association may need to charge a special assessment.

Home insurance is not a hidden cost; when you issue a loan from a bank or mortgage company, premiums are most likely included in the mortgage payment. But keep in mind that the premium you have to pay is likely from your escrow account. And annually, the premium rises according to the value of your property.

But unfortunately, sometimes, you may have to purchase extra coverage against any disaster or flood, or earthquake that the insurance company does not cover.

The plumbing cost is another hidden cost that occasionally happens no matter which area you live in. And the interesting part is that plumbing cost is not a big deal to fix when you have basic plumbing knowledge.

Plumbing costs include the water line system of your house, the gas line, etc. If you find a clogged pipe or the gas line is not working, you may need to contact the plumber.

Every homeowner should have a basic idea about the electrical system of the house to keep the home safe from any wanted accident. If you find any systematic problem, you should call a trained electrician to ensure the things are installed correctly.

Most of the time, people ignore the maintenance of the roof, which should not be denied. That’s because a leaky roof can cause the inside damage of your house, which could be severe. Generally, roof damage occurs when the fascia becomes loose, soffits, cracked, etc. Remember, a roof needs to be replaced every 15-20 years.

Generally, mold creates damping areas or humidity that can cause health problems. And mold can spread throughout your home every time if the HVAC system is contaminated. And mold can cause asthma, allergy, or other serious health issues. So, maintaining this thing is another hidden cost of owning a home.

Other hidden costs include maintenance and home repairs, lawn care, termites, utilities, and so on.

Stay-at-home or analogous orders have been issued in several cities and states, and many private firms have advised non-essential staff to work from home to prevent the spread of COVID-19.   Policymakers are still discussing a nationwide stay-at-home mandate. Still, the repercussions of these mandates are already being felt by those forced to remain at home because of them.

Additionally, this epidemic draws attention to the predicament of families in vulnerable living arrangements. When a family or person is homeless, there is no place for them to stay at home, as colleagues at the Urban Institute have pointed out.

The current rental eviction moratorium and mortgage forbearance restrictions will expire, and checks will cease under the Coronavirus Aid, Relief, and Economic Security Act. Families that live in inadequate housing are particularly vulnerable to stay-at-home orders, notwithstanding the general high condition of most American houses.

What Exactly is a Stay-at-Home Order??

Stay-at-home orders, which limit the conditions in which individuals can leave their homes, were initially implemented in California and New York, two of the most affected states by the coronavirus pandemic.

All non-essential employees are required to stay at home under a stay-at-home order. People are only allowed to leave their homes to get necessities like food and medicine or go for a single walk in the park.

Businesses can only remain open as long as they are deemed necessary. Customers will no longer be able to dine in at eateries. Since the government has shut down, many duties must be completed from home if at all possible. Hundreds of thousands of Americans have lost their employment.

What Is The Purpose of a Stay-at-Home Order?

According to Aline Holmes, a clinical associate professor, and director of the Clinical Systems Project at Rutgers University School of Nursing, it’s the goal of a stay-at-home order.

According to Holmes, “If we let everyone go about their business as usual, practically everyone will come into touch with the virus.” As many as 80% of people would become unwell, and 20% hospitalized.

According to Holmes, her home state of New Jersey has 8.9 million people. New Jersey’s healthcare system would be overburdened if 80 percent of the population became ill and 20 percent of those required hospitalization.

It’s possible, according to Holmes, to spread out the number of instances over a longer period and so better manage staffing and resource allocation.

The long-term neglect or general degradation of institutional and private property owners contributes to substandard housing.

As of the most recent national census in 2017, about 1.35 million families were living in seriously substandard housing. This covers any home with major issues with heating, plumbing, electrical systems, or basic upkeep, such as no electricity or hot and cold running water.

In addition, another 4.65 million people lived in moderately insufficient apartments or those with difficulties such as incomplete cooking facilities or recurrent toilet breaks. Combined, they make up around 5.2% of all U.S. households, based on the American Housing Survey.

Every neighborhood in the United States is affected by homes in poor physical condition, but particular households are disproportionately affected. More than 9% of all tenants with modest incomes are confined to substandard living conditions.

8.6 percent of American Indian and Alaska Native families and 7.2 percent of African American households are living in substandard housing, according to the U.S. Department of Housing and Urban Development.

However, there is a specific problem with physical housing that can be solved in most cases. Newly acquired, disaster-damaged properties are supplementing existing poor housing.

Hundreds of thousands of houses have been devastated by multibillion-dollar disasters in the last several years, many of which have yet to be rebuilt or restored.

More than 18 inches of standing water were in more than 80,000 dwellings alone. For many years afterward, properties that received inadequate help and upkeep remained in decay. Low-income African American and Hispanic households have been most affected by this.